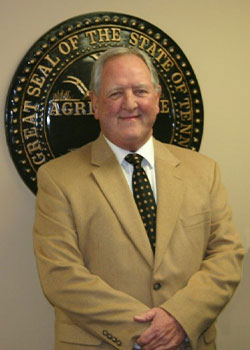 Michael is currently serving in his 2nd term as City Alderman. He has been in the grocery business since 1965 and is now the store manager at Food-Rite in Trenton. He graduated from Peabody High School and attended the University of Tennessee of Martin. Michael is actively involved with many community projects including Chairman of Relay for Life in 2006 and 2007, Chairman of the Teapot Festival for 2008, Partners in Education, the Taste of LeBonheur, the Elks Club, Rotary, and is an active supporter of the Carl Perkins Center for the Prevention of Child Abuse.

Michael and his wife Kathy live at 133 Lynmark Street and attend the First Presbyterian Church where he is an Elder. They have a daughter, Cicily, and a son-in-law Clint who also live in Trenton. Also, he has 2 grandchildren Grey 6 & Lily 2