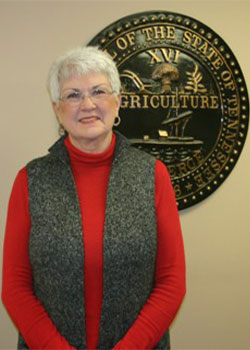 CeCe, a lifelong resident of Trenton, was elected in November 2018, to her first term as a member of the City Council. After graduating from Peabody High School, she continued her education at Middle Tennessee State University. She was a thirty-seven (37) year career employee with the Tennessee Department of Labor and Workforce Development and retired from that department in 2013. While working for the Department of Labor, she was actively involved in assisting with the recruitment of industry throughout Gibson County. In this effort, she worked closely with various county, city, and state government personnel, along with Gibson County’s three chambers of Commerce. She assisted many area employers with their recruiting efforts in order to meet their employment demands.

After leaving the Department of Labor, CeCe accepted a position in the private industry sector with MacLean Power Systems, Trenton, as the Outside Processes for Materials Coordinator. In 2015, she accepted a position with the Greater Gibson County Area Chamber of Commerce as its Administrative Assistant and is currently employed there.